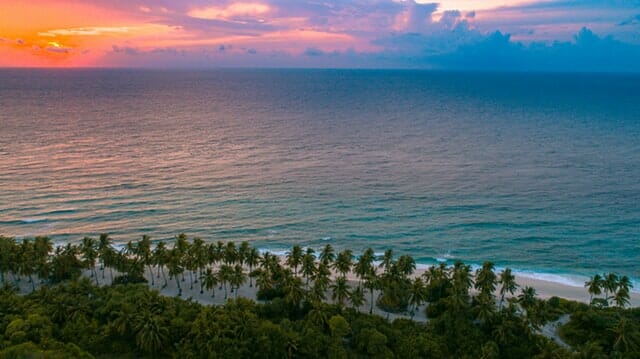 Would you ever go on a show like Survivor? It’s certainly not called the world’s greatest game for nothing. For 50 days contestants undergo some pretty mind-blowing challenges and all of them put their mind and body to the test. It’s a game of endurance and courage, and at the end of the 50 days, the game crowns its Sole Survivor. This individual not only wins the title of Survivor, but also some prize money – $500,000 to be exact. 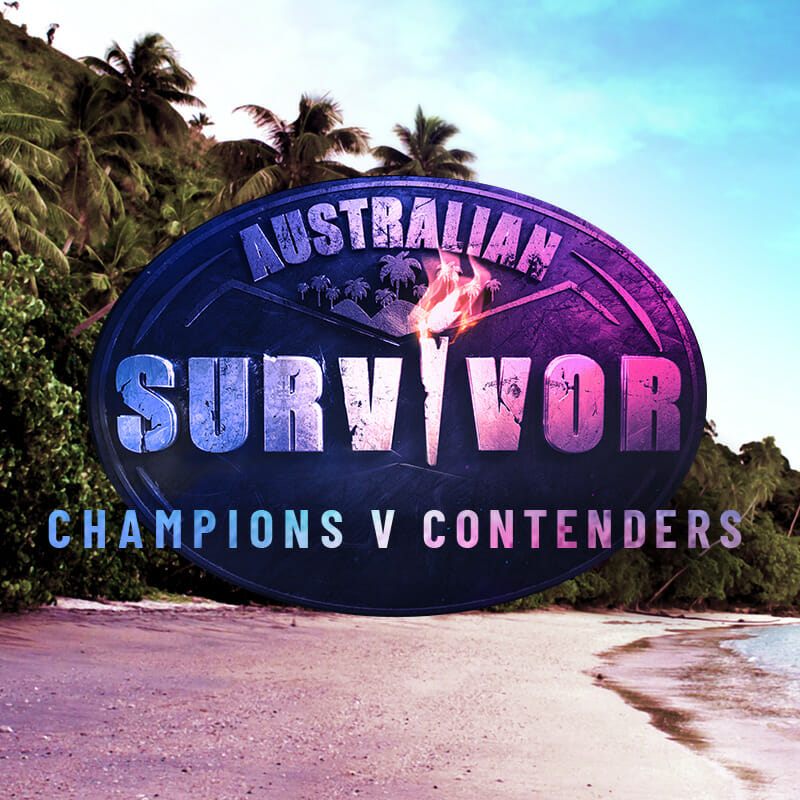 This year, Boost Juice Founder, Janine Allis decided to go on the show as part of the Champions Tribe, which also featured Olympians and other sportspeople. The other tribe, the Contenders was made up of a wide range of Aussies including teachers, students and more.

This 4th season of Australian Survivor is on our screens at the moment on Channel 10, and as I write this post, 11 have been sent home, with only 13 still remaining in the game – Janine is one of them.

With the filming all done and dusted, this female powerhouse has been back at work and doing loads of great things, one of which I had the privilege of experiencing first-hand! Here’s what happened…

A couple of weeks ago, a friend of mine, marathon runner Executive Officer of Bridge Builders Youth Organisation, Beck Mitchell, invited me to attend the Entrepreneur’s Summit, an event put together by Australian businessman and coach, Aaron Sansoni. One of the speakers was none other than Janine Allis! She was invited to share her own learnings to empower the audience which consisted of 500+ people. 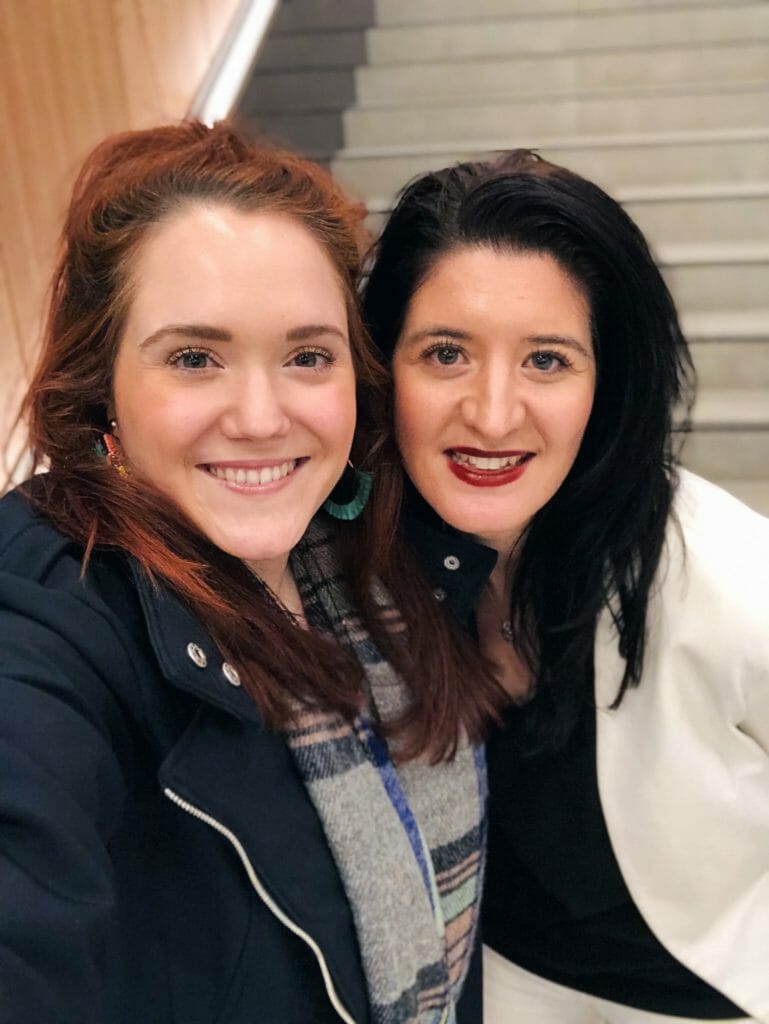 In her presentation, Janine was very open and candid about what she’s discovered about herself and life as a whole since being in business, as well as the #1 thing she learnt being on Australian Survivor. But don’t worry, there’s no spoilers here; Janine was very good at keeping that info top secret.

Before I reveal what Survivor taught Janine, I thought to share some of her other top #10 tips when working towards your goals, and all of these can be applied no matter where we are in life. Here they are:

1. Don’t wait, make the change: What she’s saying here is what you think and how you say it dictates your life. Don’t just say, “I want…”, say “I am a person…” Don’t be afraid of change. Give your dreams a fair chance of happening by doing, not just speaking.

2. Be the student: Have I done everything I possibly can to give myself the best chance of success? Be open to learning from others and growing.

4. Don’t settle for average: Do what’s right for you. You know what you’re capable of.

5. Look at your bar: No not a bar you may find in the city – it’s the bar you set for yourself. Don’t be afraid to step out of your comfort zone and scare yourself a little. Smash the ceiling above you out of the park and give it a real go. 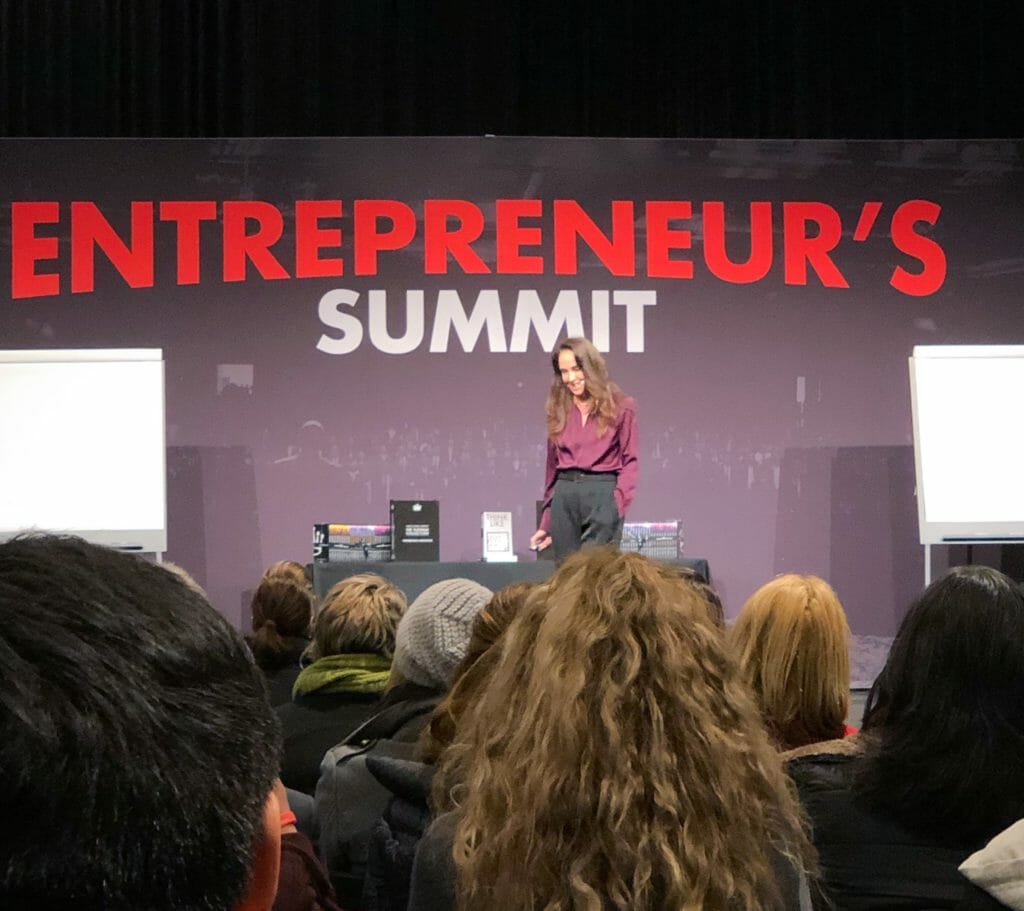 6. Don’t fake it: Be YOU, no matter where you are or what you’re doing. It doesn’t matter if your studying, working, holidays or running a biz, do you.

7. Embrace change: According to Janine, the 7 most expensive words are, “I have always done it that way.” You will always learn more from what went wrong than what went right. Don’t be afraid of trying something new. Why not give it a go!

8. Fail to succeed: Don’t be worried about failure. Make failings a part of your learnings. Even Jack Ma (Founder of the Alibaba Group, one of the world’s biggest online stores) says: “If you don’t give up, you still have a chance. Giving up is the greatest failure.”

9. Rewire your brain: Retrain your brain and how it thinks. Your attitude results in whether you think you can or think you can’t do something – either way you’re right.

So what did Janine learn whilst being on Survivor?

Well when asked the question from a member in the crowd, Janine responded saying, “I learnt I’m not present at home.” Janine explained that she was initially worried about becoming a contestant on Survivor because she’s been so used to ‘doing’ her whole life. She was freaking out about not being busy. But you know what?! She ended up having the best time on the show. And when the filming stopped, she went home and sat down with her family and spoke about her eye-opening experience. She’s since put up notes around her home to encourage her family to put their phones away so they can be more present when hanging out as a family. I personally think this a great idea – something we can all take on. She’s already seen the benefits and I reckon we will too!

PS. After more inspo or support as you work towards your goals? Here’s how we can work together!

Chat soon and as always, remember to ‘Dream BIG and boldly!’,